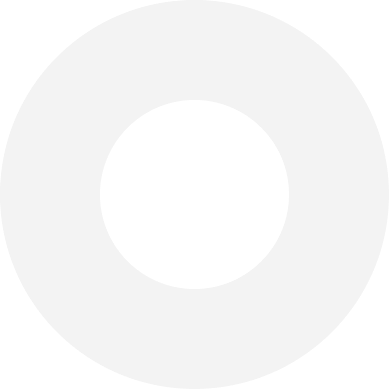 Psychosomatic illnesses are known to develop over a long period and begin their destructive effect unnoticed. A person is nervous, worried, sad, irritated, feels insecure, and experiences a lot of other emotions. Often subconsciously he feels that all this undermines his health, but those around him are usually skeptical about such assumptions.

Human-computer diagnostics Sensitiv Imago is based on the theory of bioresonance diagnostics and can detect human psychosomatic diseases even in their early stages when there are no pronounced symptoms.

As early as 1925 the phenomena of human, animal, and plant bodies generating wave oscillation processes were discovered. At the level of nerve cells of the brain, they are registered in the form of electroencephalograms. It was proved that the nerve cell of the living organism is a generator of electromagnetic radiation in the ultrahigh-frequency range with a wavelength commensurate with the linear size of the cell itself.

Weak magnetic fields of brain neurons play an essential role in the process of perception and processing of information, forming a second signaling system in addition to the synaptic system.

Since these signals are electromagnetic, they can be recorded using electrodes and inductors.
Sensitive Imago works according to one of the most modern and accurate methods of diagnosing and treating some diseases - the frequency wave imprinting test.

The method of frequency-wave imprinting is based on the widely known science phenomenon of biomagnetic resonance. In the light of this theory, humans and any living organism are regarded as an open oscillatory circuit. This circuit emits weak electromagnetic waves with a unique frequency range.

Psycho-emotional stress, any alien substance or pathology inevitably introduces disharmony into the usual frequency of oscillations. Without exception every pathology (mental or physical), virus or disease has a specific frequency. To detect it, the device sends a signal with the same frequency to the body. If there is no pathology, nothing happens, if there is, there is a phenomenon of biomagnetic resonance, which is recorded by sensors.

2. How the diagnosis is made

Receiving information from the subject with the Sensitiv Imago device is performed through the following channels: hand electrodes (cylinder and plates), headphones (with SBA sensors), quantum-optical modulator.

Before starting the computer program, sensory sensors are attached to the hands of the subject. On the head, the SBA sensors, built into the headphones, are put on. This procedure is safe and harmless, as the diagnostic complex includes safety blocks protecting against harmful influences.

This signal coming from the body is transmitted through the above-described channels to the device and then to the computer, where it is processed by the LifeStream software. The waveform obtained as a result of converting the impulse received by the body into a response signal is the complete information about all the processes occurring in the body.

After the information is taken from the subject, the LifeStream computer program shows the probability of this or that psychosomatic process. The process of determining the disease is similar to laboratory analysis, where the type of microorganism is determined under a microscope. Only in bioresonance diagnostics the oscillation frequency, which is unique to each cell type, is compared.

The procedure takes 1.5 hours, although the body scan itself takes about 30 minutes. The rest of the time will be needed to analyze the results and make a course of correction.

I use the Sensitiv Imago 530 to diagnose clients. 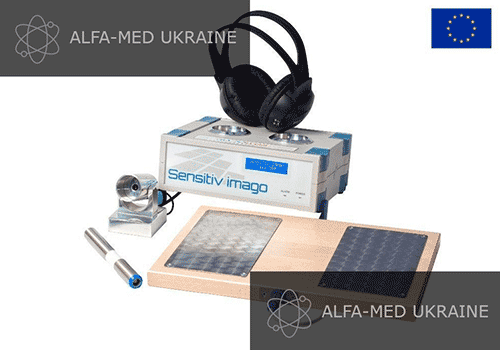 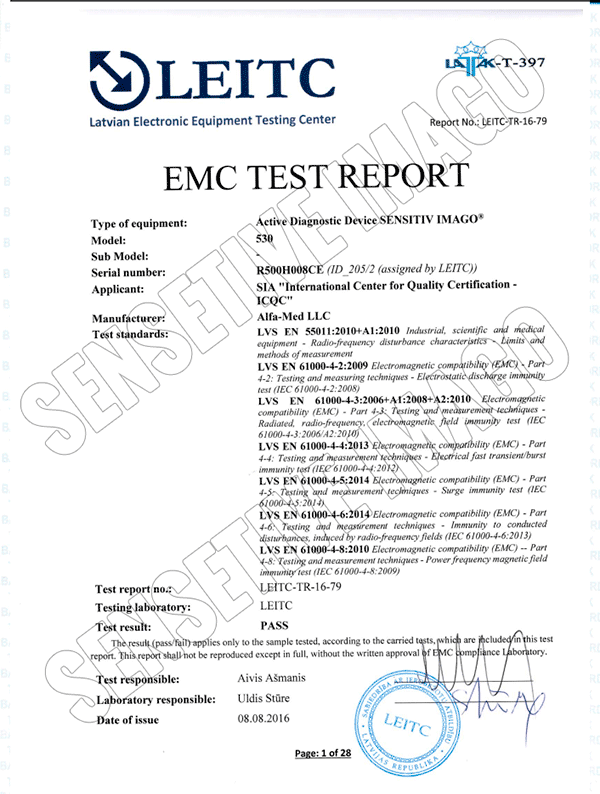 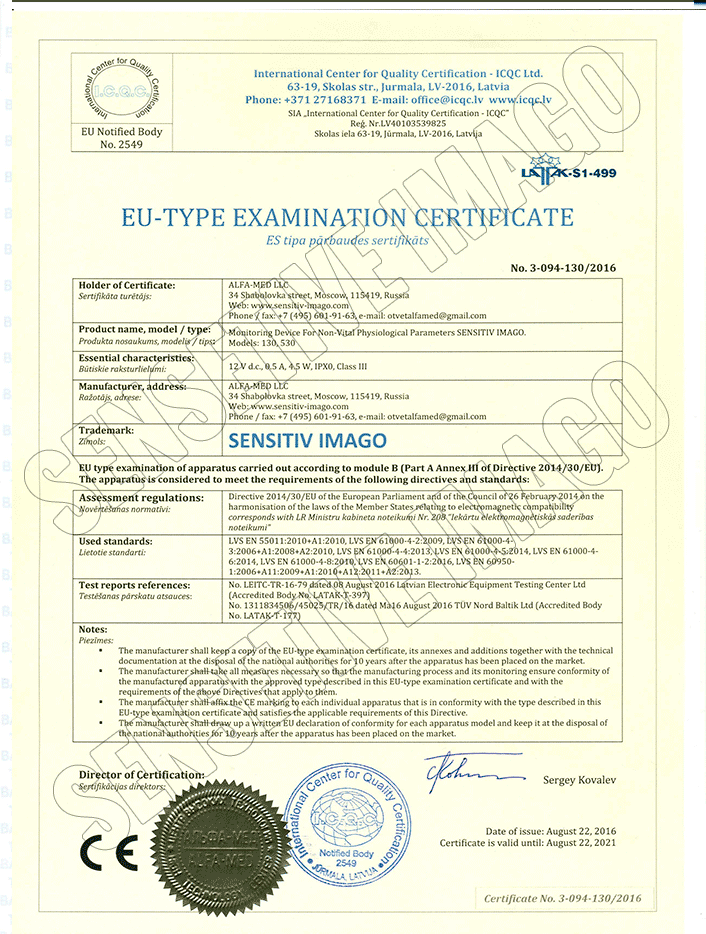 You can find more information about the device on the manufacturer's website.

My certificate entitling me to work with the "LIFESTREAM" software (SENSITIVE IMAGO bioresonance diagnostics). 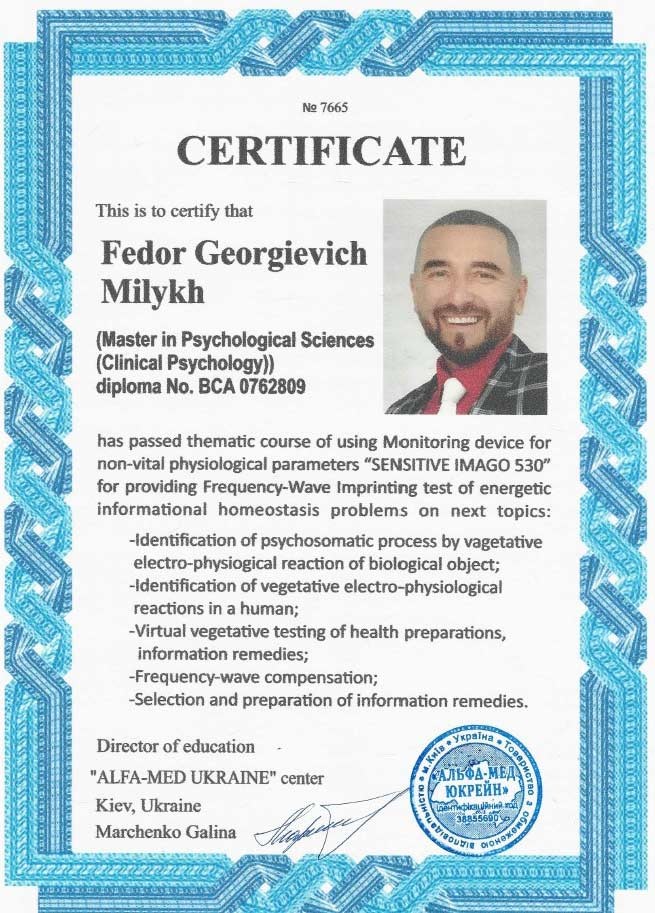 5. Sensitiv Imago 530 to clarify the course of the psychosomatic process

As a clinical psychologist, I use the Sensitiv Imago 530 to clarify the course of the psychosomatic process at level 4 (functional changes) and 5 (morphological changes) of the medical-psychological model of psychosomatic state formation.

With this method, you can check the influence of the psychosomatic process on: